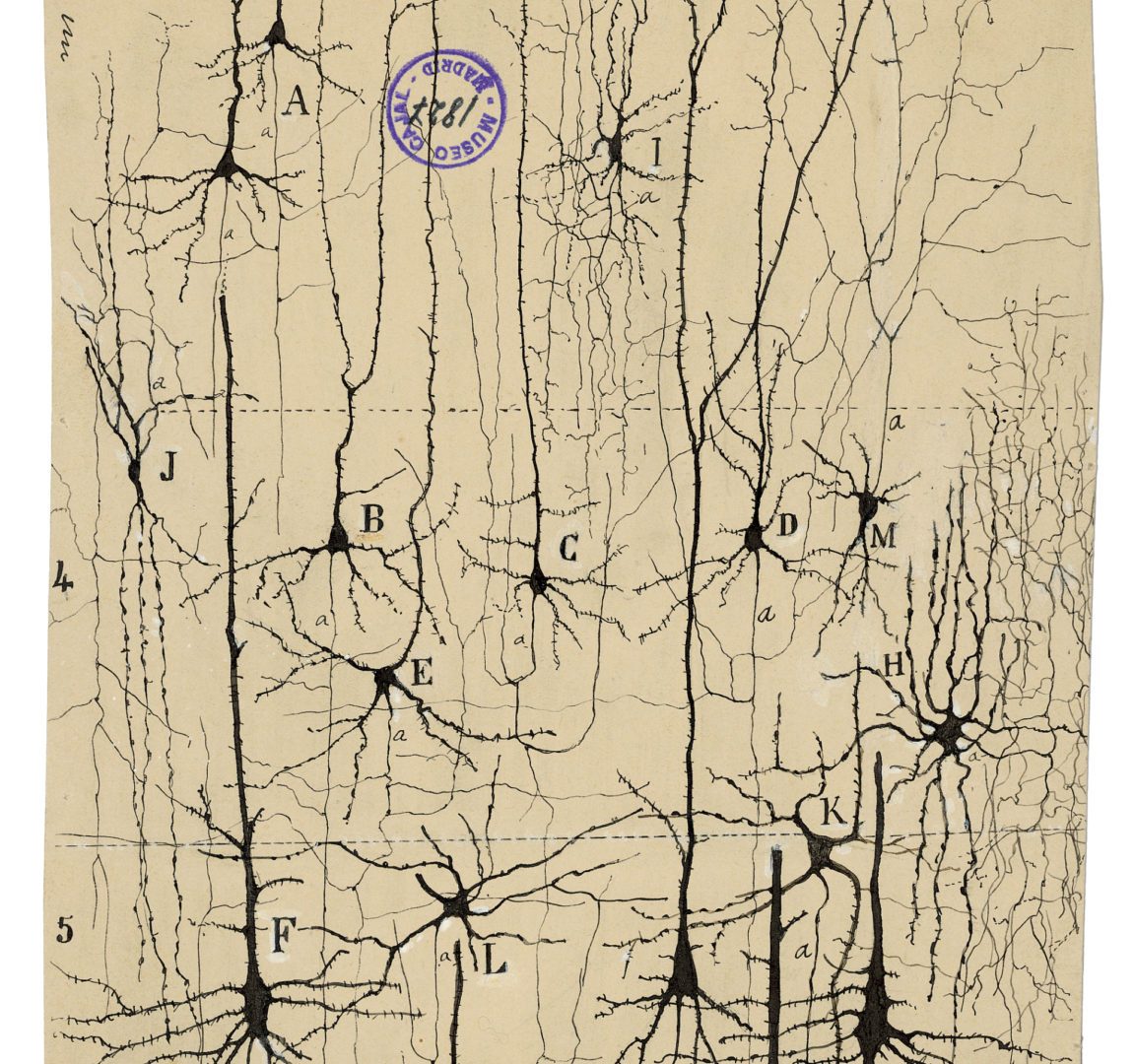 Synapses are the couplings between neurons, allowing signals to pass from one neuron to another. However, synapses are much more than mere relays: they play an important role in neural computation. The ongoing dramas of excitation and inhibition and of synaptic potentiation and depression give rise to your abilities to make decisions, learn, and remember. It’s amazing, really: collections of these microscopic junctions in your head can represent all sorts of things — your pet’s name, the layout of the New York subway system, how to ride a bike…

In this post, I give a rough overview of synapses: what they are, how they function, and how to model them. Specifically I will focus on synaptic transmission, with brief sections on short-term and long-term plasticity. Again, like before, nothing new is being said here, but I like to think the presentation is novel.

Let’s begin by looking at the anatomy and physiology of synapses. I forewarn you that, in this section, I’m leaving out ‘long tail’ info. By that, I mean I’ll cover the most common phenomena, e.g. I will not cover most neurotransmitters or receptor types. (You can definitely skip this if you’ve taken any Neuroscience course).

Keep in mind, neurons don’t just interface with each other axon $\rightarrow$ dendrite. Synapses can also appear between axons and cell bodies, axons and axons, axons and axon terminals, etc. However, in these other interfaces, there are no dendritic spines.

There is a long list of neurotransmitters, but, in this post we look at the 2 most prevalent:

There are two categories of receptors found on postsynaptic neurons:

There can be multiple types receptors for a neurotransmitter. We’ll consider 2 glutamate receptors:

Synaptic transmission is a mechanism which allows one neuron to communicate with another: the presynaptic neuron neuron fires an action potential and releases transmitter, which opens the postsynaptic neuron’s ion channels. Looking closer at this three part act:

The mathematical foundation for synaptic dynamics is largely based on exponential decay.

Exponential decay is the name for a process where the rate of decay of some quantity is proportional to the current value of that quantity, or:

where $-\lambda$ is the decay rate and $N$ is the quantity. By integrating, we can find a closed form solution:

In our case, the quantity is either directly or indirectly a measure of the number of ions in some part of the synapse, e.g. the fraction of active receptors which is dependent on the concentration in the synaptic cleft.

As a matter of convention, in neuroscience and other fields, it is often more popular to express exponential decays with $\tau$, referred to as the exponential time constant:

It turns out $\tau$ has some nice properties: when $t=\tau$,  $N$ is $1/e$ its initial value. This happens to be the mean of the decay function. In other words: if we were modeling the fraction of open ion channels, $\tau$ would be the average time an ion channel spent open.

Play around with exponential decay, $\tau$, and half-life here:

We can also flip the direction of exponential decay:

Aside from NMDA, which involves voltage gating dynamics, postsynaptic current can be modeled as:

This equation should look familiar if you’ve read part I. Fundamentally, all this equation describes is how ions move across the postsynaptic neuron’s membrane through the ion channels controlled by synapse $s$ — the details merely say how. $V- E_s$ defines what direction ions are moving; $\bar{g_s}$ defines the max flow of ions across the membrane; and $P$ defines the open/closed dynamics of the channel — $P$ is what the rest of this discussion is about.

Just like a synapse, $P$ has presynaptic and postsynaptic components:

For now, lets just assume $P_{rel}$ is always 1. Until we touch short term plasticity, all we will care about is $P_s$.

$P_s$ can be modeled by a pair of transition rates, $\alpha_s$ and $\beta_s$, between an open and closed states.

You’ll notice that this can be rewritten to look like a pair of exponential decays, which you are familiar with!

For receptors like AMPA, GABA$_A$, and GABA$_B$ the rise of P_s is rapid enough to treat it as instantaneous. Therefore we can simplify this as:

or, after a presynaptic action potential

…but first an overview of how these plots work.

Below you’ll find a few interactive plots to play around with various receptors.

These plots are my own concoction, so let me explain how they work:

The top left plot (vertices & edges) graphically represents the topology of a network of neurons. One vertex can represent multiple neuron. If you see a ring emanate from a vertex, the neuron(s) represented by that vertex fired.

The bottom left plot shows the membrane potential of neuron $0$.

When an AMPA receptor is activated, it raises the postsynaptic membrane potential; its effects are short, on the order of milliseconds.

to cause an EPSP.

When an NMDA receptor is activated, it raises the postsynaptic membrane potential; its effects are long, on the order of hundreds of milliseconds. Unlike the other receptor types discussed in this post, NMDA receptors are voltage gated, meaning that even if NMDA is activated, ions do not necessarily flow. Rather, there must be other coincidental excitatory postsynaptic potentials from AMPA. In that way, NMDA receptors are coincidence detectors. The strong currents NMDA induces are believed to be an important mechanism in learning.

When a GABA$_A$ receptor is activated, it lowers the postsynaptic membrane potential; its effects are short, on the order of milliseconds.

to cause an IPSP.

When a GABA$_B$ receptor is activated, it lowers the postsynaptic membrane potential; its effects are short, on the order of hundreds of milliseconds.

to cause an IPSP.

To model, short-term facilitation, it makes sense to have the $P_{rel}$ decay to a stable state $P_0$ but inch toward a either 0 or 1 after a presynaptic spike. We achieve this with the following equation:

“When an axon of cell A is near enough to excite B and repeatedly or persistently takes part in firing it, some growth process or metabolic change takes place in one or both cells such that A’s efficiency, as one of the cells firing B, is increased” – Donald Hebb

This model works as follows:

each time either the presynaptic or postsynaptic neuron fires, the synapse is updated according to some amount based on the difference in spike timing:

Here is a javascript implementation of STDP taken from [1] — I’ve added a moving scatter plot, so you can see how the network weights evolve over time.

If you wait long enough (unfortunately quite a while), the distribution should look something like this:

In this post, we briefly viewed an important computational ingredient in the brain — synapses. We saw how they can pass signals between neurons and how they can regulate networks and filter information. We also briefly introduced Hebbian learning theory with STDP.

Lastly, a mind-boggling figure: it is estimated the average human brain has 0.15 quadrillion synapses [6], with around 7000 synapses per neuron in neocortex (probably a hotly debated number…). Usually, I think most figures of large numbers are kind of pointless — but, in this case, each member is dynamic and can represent information about the world. The mechanisms of the brain are rich and complex.